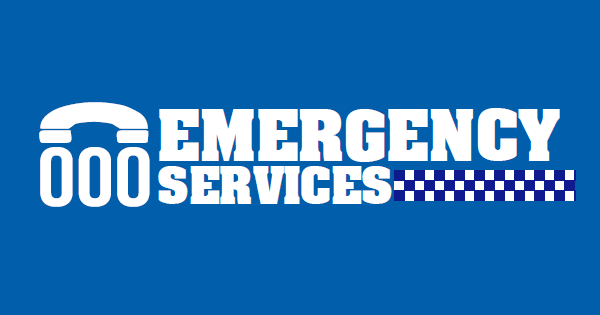 APPEAL FOR DASH CAM
Detectives are renewing their appeal for public help to establish the movements of a 23-year old woman who died after falling from a moving utility in Sydney’s north west last month.

Emergency services were called to Hambledon Road at about 10.10pm on Thursday, June 25 following reports that a woman had fallen from a moving vehicle.

Yue Zhuo, a 23-year-old International student from China, who was living at The Ponds died at the scene.

The driver, a 27-year-old man, was taken to hospital to undergo mandatory testing. His father was in the front passenger seat.

“We know she was a rear passenger in a black Nissan Navara utility and the vehicle travelled between Quakers Hill Railway Station and Hambledon Road prior to the incident,” Det Ch Insp Rattenbury said.

“Detectives have made significant inquiries and are now appealing to anyone who saw the Nissan in the Quakers Hill area on Thursday 25 June, or has dash-cam footage of the vehicle, to come forward.

“Initial inquiries suggest her death is not suspicious but if you saw the vehicle or you recognise the photo of Ms Zhuo, you may be able to help us with our inquiries.”

Police believe it is possible that someone may have dash-cam footage of the incident without realising its importance to police.

Anyone with information about this incident is urged to contact Crime Stoppers: 1800 333 000 or nsw.crimestoppers.com.au. Information is treated in strict confidence.

The occupants, two men aged 24 and 29, were arrested and taken to Hurstville Police Station.

A subsequent search of the vehicle was conducted where police located and seized cash, four mobile phones and a watch valued at $45,000.

Strike Force detectives were then assisted by the Public Order and Riot Squad in the execution of search warrants at three separate properties in Chester Hill, Merrylands and Wolli Creek.

Police will allege the pair are members of a criminal syndicate and participated in a public place shooting outside a unit block in Richmond.

Investigations under Strike Force Kiradeen are continuing. Anyone with information that may assist strike force detectives is urged to contact Crime Stoppers: 1800 333 000 or nsw.crimestoppers.com.au.

FATAL CRASH CATTAI
One man died, and another man was injured, in a two-car collision at Cattai on Tuesday, July 7.

Emergency services were called to Wisemans Ferry Road at around 9.20pm following reports that a van and Subaru collided.

The driver of the Subaru, a 21-year-old man, died at the scene. A passenger in the car, a 20-year-old man, sustained head injuries and was taken to Westmead Hospital.

The van’s driver, a 49-year-old woman and a 14-year-old male passenger, suffered only minor injuries.

The woman was taken to Westmead Hospital to undergo mandatory blood and urine testing.

A crime scene was established by officers attached to Hawkesbury Police Area Command and inquiries are continuing.

A report will be prepared for the information of the coroner.

WINTER TRAVEL PLEA
Drivers and riders are reminded to take extra care on the road as winter weather sets in and ski fields open up across the state.

In the five years to 2018, there were 147 recorded crashes involving ice, mist, fog or snowy conditions in the Blue Mountains and Central Tablelands, resulting in 119 casualties.

Most of the crashes occurred in the Blue Mountains, Oberon, Lithgow and Orange during the months of June and July.

Motorists are being urged to be prepared for emergencies by making sure they have a highvisibility vest, torch, tow rope, blanket, wheel chocks and a first-aid kit in your vehicle.

Add anti-freeze to the engine radiator and windscreen washing fluid to prevent it freezing on the windscreen when driving.

Before starting your road trip this winter, check the latest weather conditions by calling 132 701 or visiting: www.livetrafficnsw.com.au.

HAVE YOU SEEN HANNAH?
Police are appealing for public help to locate a Blue Mountains teenager missing for nearly four weeks.

Hannah Stewart, aged 15, was last in contact with her family on Sunday 19 June 2020, police were notified she was missing on Thursday, July 9. She is known to frequent Castle Hill.

Hannah is described as being of Caucasian appearance with a fair complexion, about 155cm to 160cm tall, of thin build with long red hair. She has previously dyed her hair blond with a pink fringe and also straightens it. Police and family have concerns for Hannah’s welfare due to her age.

Anyone with information about Hannah’s whereabouts is urged to contact Springwood Police Station or Crime Stoppers on 1800 333 000 or nsw.crimestoppers.com.au. Information is treated