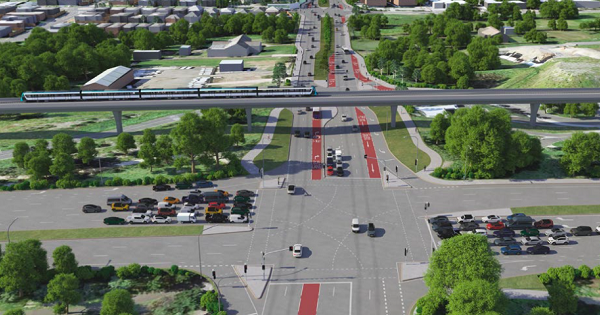 Transport for NSW has awarded Daracon the contract to upgrade the Memorial Avenue at Kellyville, with work scheduled to start later this year.

The long-awaited announcement will be welcomed by the thousands of drivers who use the road each day. The main site office will be at 8 Memorial Ave.

Memorial Ave will be upgraded from a two lane to a four lane divided road with a central median with a speed limit of 80km/h. There will be a shared pathway on both sides of Memorial Avenue. Minister for Transport and Roads Andrew Constance said the upgrade will improve traffic flow, ease congestion and reduce travel times during peak hours.

“Upgrading Memorial Avenue will meet the future transport needs of Sydney’s north west and will help reduce congestion for more than 30,000 drivers who use the road every day,” he said.

“I will continue to work with the local council and state government to ensure the Baulkham Hills electorate receives much needed infrastructure funding, so the area can grow in a sustainable way for future generation.” Transport for NSW will engage the community later this year about a proposed construction schedule before start of work.” Hills Shire Council built Greenway Bridge over Memorial Avenue at Kellyville. The $3.77 million project, forms part of the Greenway cyclelink between Bella Vista Farm and Rouse Hill Town Centre and links Pellizzer Boulevard to Thomas Boulton Circuit Reserve.