Each year the Good Men Project gives men the chance to speak up, challenge gender stereotypes and promote change.

This year’s online campaign has used the voices of 14 men aged between 21 and 86 to talk about respect and to challenge limiting gender stereotypes. 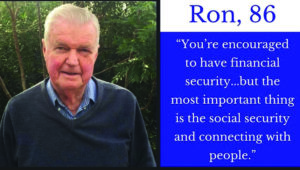 The campaign has been co-ordinated by Philippa Fraser from the Safer Communities project officer at Hills Community Aid who says, “Men self nominate to be part of the project – none of them are claiming they’re perfect, some have been through some really hard things, but they put their hands up to speak because they want things to be different and they want to be part of that change.

“Our goal is to give these men an opportunity to speak and be heard publicly through the Good Men Project.My hope with this project is that in hearing these men speak out to promote respect, and to challenge limiting gender stereotypes, younger men will hear some different messages from men that will hopefully start to make them question and chip away at all the unhelpful and damaging messages.” 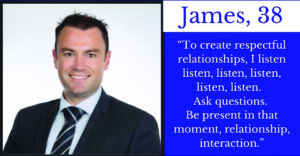 One of those who took part was Darren Saunders who said: “We need to champion a fairer, gentler notion of manhood, shifting our focus from being ‘real men’ to being and raising ‘good men’.

The words of the men from Hills Community Aid’s 2020 Good Men Project can be seen at www.castletowers.com.au

Talk to friends, family and colleagues about the good men in your family and community, and be a part of the conversation that breaks down gender stereotypes.

The words are also on the Hills Community Aid Facebook Page.

Other quotes included:
“It’s ok to talk about your feelings. You don’t need to suppress your emotions for the benefit of others.” ~ Ash, 38

“With more kindness and appreciation that comes with respect the world will be a better place.” ~ Cameron, 25

“I might disagree with someone else’s perspective but I think it’s important to have respect for it.” ~ Craig, 72

“I know some blokes who have never changed nappies… That to me is just crazy, that stereotype of ‘I go to work, I come home… it’s my knock off time and my missus does everything else’, that really grinds me. It wasn’t helpful at all.” ~ Igor, 37

“Men can be nurturing, caring and loving. Men can bring up children. Men can keep growing even in adulthood. Sometimes all that you might accumulate over a lifetime cannot be seen… or counted. If whatever you do collects in people’s hearts, then that is more valuable than anything.” ~ Leon, 49