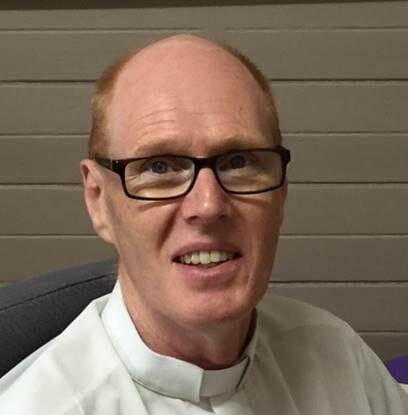 A journey from training as a General Nurse between 1977 and 1980 has lead a former Parramatta man to his latest role as the new minister at Wesley Castle Hill Uniting Church.

The Rev Greg Woolnough will be inducted as Wesley’s new minister at a service in Castle Hill on Friday 29 January at 7:30pm. Prior to his appointment to Castle Hill Mr Woolnough was minister at Gosford Uniting Church for 10 years. His first congregation was at Gerringong followed by Kincumber before moving to Gosford.

Raised and educated in Parramatta, Greg’s family lived on the site of the former post office in Macquarie Street (now a development site as part of the Parramatta Precinct). As he notes, it was only two doors away from the Leigh Memorial Methodist Church (now the Uniting Church).

A call to the Christian ministry was not Greg’s first vocation. After completing his general training, he became a Midwife at Blacktown District Hospital in 1981, then an Operating Room Nurse at Royal North Shore. He subsequently worked in operating theatres including Westmead, Gosford and St Vincent’ Private Hospital. It was while at St Vincent’s he met his wife Glenda.

Speaking on his arrival in Castle Hill this week Mr Woolnough was asked why he moved from nursing to the ministry. “Having achieved my goal of obtaining 3 nursing certificates by the time I was 25, to my surprise, I had a sense of restlessness” he said. He joined the Christian Repertory Theatre company,

“Covenant Players” and toured as an actor for 18 months to try something different. He added “I drifted back into nursing but eventually discerned a call to Ministry through the encouragement of many people to explore this avenue.”

Being a Christian minister is not Greg’s only passion. “I have always loved music. I undertook piano lessons as a child, dropped that and did a bit of clarinet but went back to the piano because I wanted to learn the organ and I commenced study of the organ when I was 16”. He adds he played tuba in the local brass band for a little while a few years ago. “Singing in church and community choirs over the years is something I have really enjoyed”.

The Woolnoughs celebrated their 25 wedding anniversary on 19 January and have two adult children both of whom are currently studying.

Asked why he was attracted to accept a call to Wesley Castle Hill, Mr Woolnough said colleagues suggested it could be a good match. “When I looked at it on paper, the congregation at Wesley seemed like a vibrant congregation committed to wrestling with the question of how to we embody the Gospel in our changing context. He concluded saying “I am excited about joining the ministry team at Wesley Castle Hill to explore what it means to be a follower of Jesus Christ from a Uniting Church perspective”.

Mr Woolnough succeeds the Rev Dr Rhonda White who took up a position with the Uniting Church’s United Theological College at North Parramatta in February 2014. He is joining the Rev Karen Mitchell- Lambert in Wesley’s ministry team.