If you see a neighbour with a dazzling new set of teeth he could be the happy Castle Hill man who pocketed more than $10.3 million in the August 13 Powerball draw. 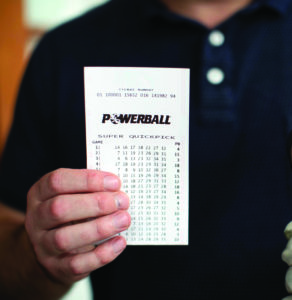 He told an official from the Lott who told him of his win: “I haven’t smiled in 20 years because my teeth are so bad.

“The first thing I want to get are some implants. “ The new multi-millionaire revealed he had plenty of other plans for his windfall.

“I was working in the aged care sector until recently, but lost my job because of COVID. Now I can relax. It’s a good time of life to win,” he declared.

“I want to buy my first house as I’m just renting at the moment. An animal charity I support will do well out of this, as will some close friends.

“I’d also love to follow up my family history in Europe when we can travel again. And I’ve always wanted to go the US Masters Golf Tournament – it’s a tournament that just has a mystique about it.”

The winner, who wants to remain anonymous, said he was watching AFL when the draw was announced.

“I checked my ticket during the half time of the Sydney Swans and GSW Giants game … I saw I had a few missed calls, but I thought it was my friend trying to rub it in about the match so didn’t answer.

“I looked at my ticket and thought I had won $14.60. But then I realised that was the cost of the ticket.

“I saw how much I had won and I almost fainted. I can’t believe this is happening. You’ve made my life!”