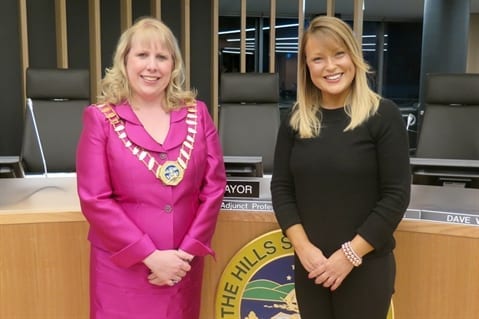 Mayor Byrne, who won the award in 2014, said it was great to see a colleague flying the flag for women in local government.

“In what is traditionally a very blokey industry, it is great to see women getting involved and making a significant difference in their local communities,” Mayor Byrne said.

“Only 27 per cent of Councillors and 19 per cent of Mayors are female. That statistic does not reflect the makeup of our general population.”

“I commend Clr Keane for her drive and enthusiasm and hope that many more Hills women put up their hand for local government in the future.”