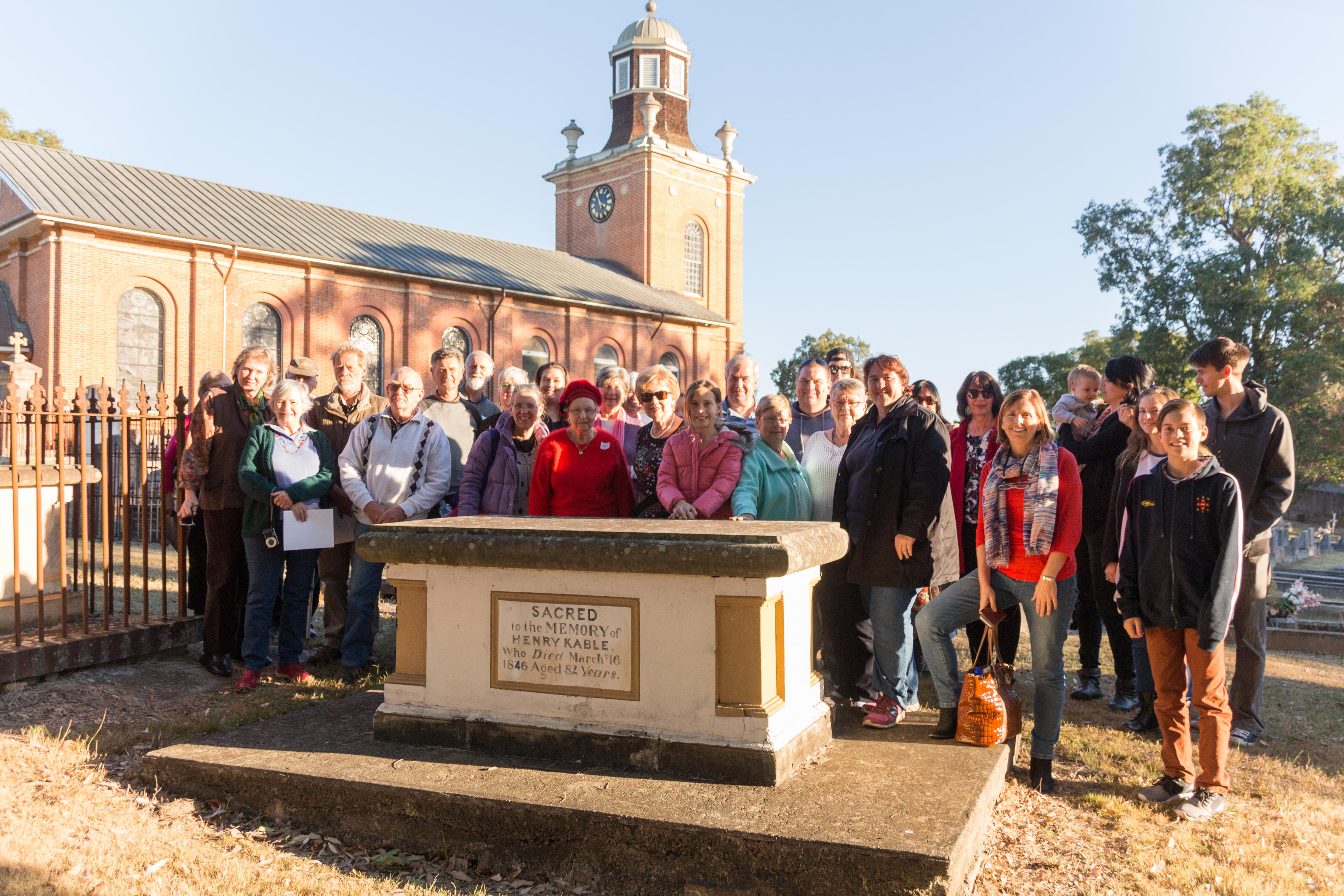 Over 10,000 Australians (living and dead) are descended from two First Fleet convicts, Henry Kable and Susannah Holmes. Henry and Susannah were married in Sydney Cove on 10 February 1788, the third marriage in the St Phillips church register. Henry went on to be a convict overseer, Chief Constable, publican, trader, ship-owner and sealing industry entrepreneur. He held land at Petersham Hill, Cowpastures and the Hawkesbury as well as Windsor where he had a store and brewery.

The Kable Family Association is searching for Kable-Holmes descendants to invite them to a 230 th wedding anniversary reunion at Windsor, NSW on 10 th -11 th February 2018. Various branches of the family have spread across New South Wales to Armidale, Bathurst, Blackheath, Boorowa, Cowra, Mudgee, Newcastle, Orange, Richmond, Tamworth and Windsor; and have also turned up in Queensland, the Northern Territory, South Australia, Tasmania and Western Australia.

Zillah Kable/Thomas/Campbell, who organised a similar reunion for the Australian bicentennial in 1988, says “it’s so much easier now that we can communicate using Facebook and email. Thirty years ago, I just started by going through the phone book looking for Kable names and posting letters. I’m delighted to pass on the torch to Jane van Woerkom and a new generation of Kable descendants.”

Mary Edgerle, currently living in Guam, only recently discovered her Kable ancestry. She says “it is incredibly exciting that so many Kables have been actively involved in carrying the light for family history and have kept the stories alive. Discovering this Kable connection has enriched my life – it’s been nothing short of awesome.”

The reunion is being held at Windsor because Henry and Susannah lived there for many years and are buried in the cemetery at St Matthews Church, Windsor. Planned activities include a formal dinner and a guided tour of local historic sites, as well as a barbeque picnic.

Any Kable descendants interested in attending the reunion to meet long-lost cousins and explore their family ties are invited to contact Jane van Woerkom at janevanwoerkom1952@gmail.com

For more information about this story, contact Deborah Martin, dmmartin@bigpond.net.au or 0417817 587.

Thank you for giving hope