A set of new voices have joined the airwaves at community radio station Alive 90.5 FM to add to the great mix of music, community news, sport and local profiles. 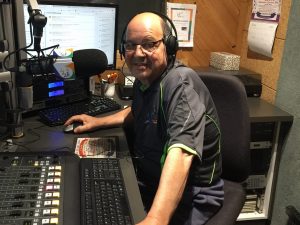 Alive 90.5 FM is always recruiting new volunteers, including presenters who may be new to radio or have moved from other areas of Sydney or beyond. Youth duo Matt Thomson and Jack Bevan, fresh out of Castle Hill High School, have just joined the station’s ranks. Growing up, Jack loved playing AFL football and dreamed of becoming a professional player. During high school he acquired new and different passions in music and comedy and after meeting Matt, they soon found that together their humorous dynamic was just the right fit for a radio show.

Matt went through high school dreaming of being a radio host and he became Castle Hill High School’s first ever Creative/Performing Arts Captain alongside his best friend Jack Bevan. Matt and Jack are on air on Alive 90.5 FM every Thursday from 2-4pm for the Afternoon Fun show.

Having moved from Canberra, Kartik Ayyalasomayajula, aka ‘Kiks’ uprooted his Urban Kick Off show from 2XXfm and is now firmly planted in the schedule at Alive 90.5 FM. 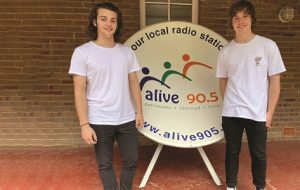 Kiks has been in music and radio for 12 years as a radio show presenter and DJ. He enjoys playing Old School Urban music because it’s the music that he grew up listening to and continue to listen to as it gets him and his listeners into a good mood. The usual segments of the Urban Kick Off show are the Urban Kick Off Countdown, In The Mix, Urban Reversals and Where Are You Now. Kiks hosts the Urban Kick Off show every Wednesday, 8pm on Alive 90.5 FM.

Another DJ who has moved to Alive 90.5 FM is Dominic Vozzo.Dominic has worked at various radio stations over the past 32 years including 2RDJ 88.1FM at Burwood, 2CH 1170AM Light and easy at Milsons Point and SWR 99.9AM at Blacktown.

Dominic has always had a love for music and the entertainment industry having run his own Disco business for over 25 years. Dominic presents Tuesday Drive program and his Hit Mix show on a Monday afternoon on Alive 90.5 FM.